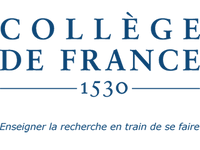 "What the Collège de France has been tasked with giving people attending its lectures since its foundation is not acquired truths, but the notion of free research..." Maurice Merleau-Ponty

TEACHING THE SCIENCE IN THE MAKING

The Collège de France is committed to fundamental research, in partnership with the CNRS, INSERM and several other major institutions, but what differentiates it is that it teaches "knowledge in the making in every field of literature, science and the arts".

The Collège de France was founded by Francis I, who appointed the first "Lecteurs royaux" in 1530. Their role was to teach disciplines which were not yet recognized at university level. Today, these former lecteurs royaux have become 57 professors working alongside several hundred researchers, engineers, technicians and administrative staff. The Collège de France is structured around chairs. They cover a huge range of disciplines ranging from mathematics to the study of major civilizations, and include physics, chemistry, biology and medicine, philosophy and literature, the social sciences and economics, prehistory, archaeology and history, linguistics, and many more. Five of the fifty-seven chairs are annual chairs and have new incumbents every year. They promote responsiveness and scientific teaching in fields which are emerging or require a multidisciplinary approach.

A FORUM FOR DISCUSSION AND EXCHANGING IDEAS

Many specialist conferences and a multidisciplinary symposium on a major social theme are organized every year to provide opportunities for the national and international scientific community to meet and exchange ideas.

From the very outset, the basic premise that chairs are not permanent has underpinned the creative energy of this academic community. Therefore, when incumbents retire, new appointments are made on the basis of the very latest scientific developments. New members are elected by the Assembly of Professors. There is no specific academic rank stipulated for nominees; the only relevant factors are the significance and originality of their work. The option to modify chairs is a principal which avoids the rigidity of fixed academic disciplines. The Collège de France is therefore permanently adapting to developments in the sciences and remains a focal point for the scientific community.

Most lectures take place in Paris. However, all professors are free to deliver some of their teaching in other major cities in France or abroad. A special welcome is extended to scholars from abroad. Every year, over 50 scholars from abroad are invited to deliver a series of lectures. The teaching staff includes tenured professors from abroad. Many young PhD or post-doctoral researchers from all over the world also work in the laboratories. Broadcasts of lecture courses on the Collège de France website are extremely popular and this plays a part in disseminating knowledge and extending the reach of the institution worldwide.

The Collège de France laboratories and specialist institutes play host to researchers and young guest teams working on medium-term programs. Internal, guest or external teams are always affiliated to other research bodies with specialist infrastructures, so that they can work over the long-term, retaining a degree of flexibility which is the key to innovation.

Lectures are open to all, free of charge and without prior registration, subject to availability of seats. They begin annually in October with an interdisciplinary symposium. The calendar of lectures is available from Reception or on the website.

The website, which underpins the institution and its knowledge dissemination mission, offers web users access to the teaching calendar and forthcoming events, a large number of lectures and symposia in audio and video formats, as well as scientific materials and electronic publications.

A Linguist’s View of the International Criminal Court University of Jyväskylä Leestijd: 4 min